The Amazing Scarlet or NO! NO! NO! 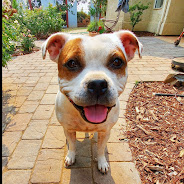 I taught Scarlet how to search when she was young.   Domestic dogs have great noses but in pet homes we never really give them reason to learn and practice, it has no value or interest.   However, dogs love to search.   It is a super fun dog game, ever play hide n seek with your dog?   Scarlet is 4 now. We have not really done anything competitive in Nosework since she passed her ORTs at 6 months old.  Over the years she has been given a lot of freedom and ranch life.   Apparently she has taken advantage and been out perfecting her scent skills all alone unbeknownst to me.

The other evening I was taking my dogs out for a run before the sun went down.  We were out by a creek area with old tall grass that was bent over like piles of hay all along the creek on both sides.  She veered off the trail and I kept going until I realized she was not with us.   I made a u-turn and headed back up the other side of the creek and there she was.  She was searching fairly frantically oblivious to anything around her. She was bracketing and doing other things familiar to us Nose Work people. I knew she was on to something and tried to call her off but she is very odor obedient.   I was hoping she would give up and keeping following the ATV but she had other plans in mind. 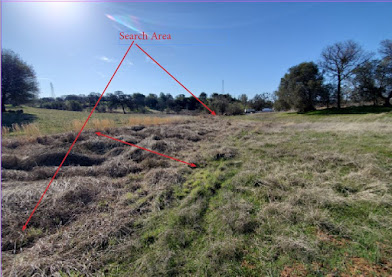 Finally without a pause she thrust her head into a pile of grass and pulled out a nest.   I saw a flash of a small grey furry mammal become aware of danger and try to run off but without any adieu she tipped her head and grabbed it and with 3 chomps it was gone. 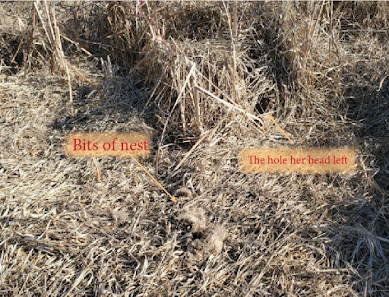 I felt so bad because you are supposed to be safe in your home (even tiny things) and it is not like Scarlet is starving.  As upsetting as it was it was also a marvel of experienced nose-work and I was so surprised how good she is.  Many dogs would have not noticed the scent of an animal in the air.   Another percentage of dogs would have noticed and mentally paused but not known what to do about it.  There are others who may have stopped and tried to follow a scent but it is easier said than done without experience.   To do what Scarlet did was nothing short of amazing experience.

Posted by Ciera Reflections at 9:00 AM No comments:

10 + things that have shaped my life.

10 + things that have shaped my life

If I had made this list 10 years ago it would be different and I guess if I revisit this in 10 years it will be different again.  Some points have been on my list since I was a teen, #1 and #9 for example.   Then I have some I learned later in life in my 30s like #3.  I have just recently learned the importance of #10.   I have also dropped some off.   Never let common sense and fear get in your way used to be important.    This one left a few years ago when my age started to have an impact on the risks I might take.   I do not think I will ever go back to Africa and gallop a horse with a herd of wildebeest, zebra and giraffe again.

Posted by Ciera Reflections at 9:37 AM No comments: